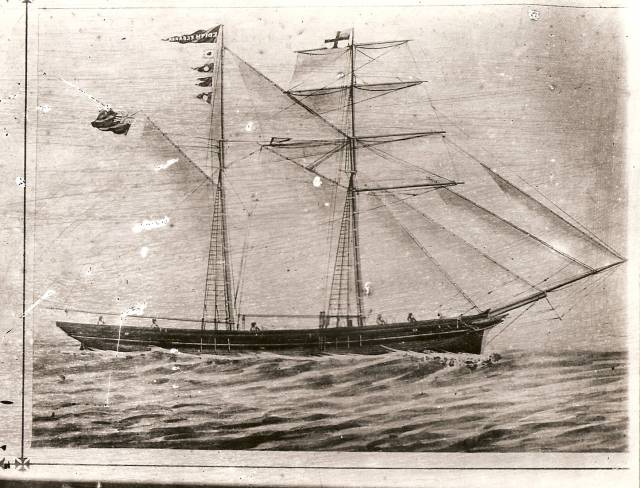 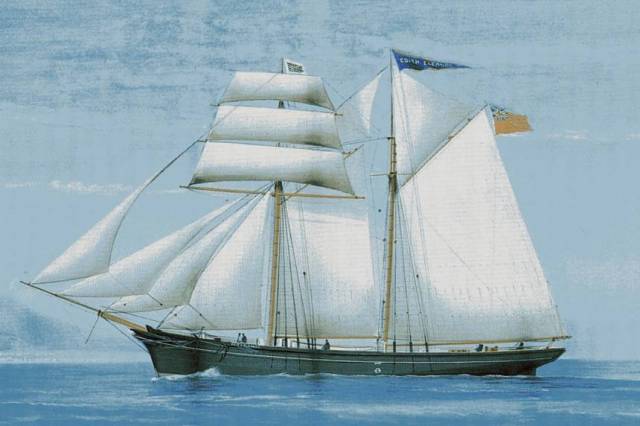 The Edith Eleanor was the last sailing ship to be built at Aberystwyth and was built by James Warrell in an effort to provide work for the skilled carpenters and other workers who were unable to find employment with the decline of local wooden ship building. The original owners were D.C.Roberts (timber merchant) & Richard James (Tanner)

She sailed long distances to Germany, the Mediterranean and across the Atlantic to Labrador with a crew three sailors, a ship's boy and the captain. She sailed until 1921 when she was lost in the Bristol Channel.

Her first master was William John Jones of Aberystwyth (b.1858, cert. no. 05423) who captained her from 1882 to 1888 (he died four years after leaving the Edith Eleanor, by falling from the top mast onto the deck while sailing on the Caradog).
The Edith Eleanor was later captained by Humphrey Price (b.1850, Aberystwyth)