The Nerissa was one of the last three ships to be built at Aberystwyth. The builder was Thomas Jones (1803-1880).

In Novemeber 1891, the Nerissa was bound for Norway with slate from Aberystwyth when was wrecked on the beach off Hastings in a dramatic storm that also wrecked the German Barque J.C. Pfluger whose 24 passengers and crew were rescued by coastguards as depicted below.
The smaller inset picture shows the waves breaking over the Nerissa as she was driven ashore. 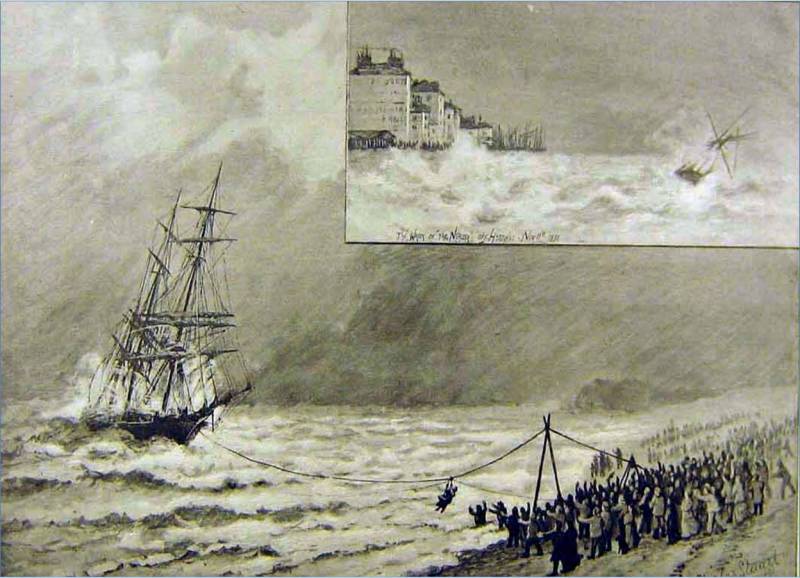 The next picture shows the Nerissa driven up against the beach, allowing her crew to also be rescued by lines thrown from the shore to the men who were taking refuge in the rigging. 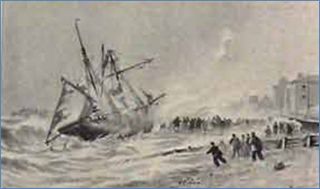