John Jenkins was born in 1840 in Borth, just north of Aberystwyth, on the west coast of Wales.
He grew up to be a sailor (or mariner in the language of the time) and later a captain (or master).

He sailed on a few of the many thousands of small merchant sailing ships that carried Britain's commerce around the coasts and across the oceans during the Victorian era.

I have taken the time to trace John's maritime career and discovered that he travelled to many parts of the world in his thirty years at sea and the full story of John's life can be found here:

With the strong links to Aberystwyth, I have also put some information here about the harbour, shipbuilding and ships in the period that John Jenkins would have known the town:

An excellent site by Terry Davies provides a maritime history of Borth and it sailors - it can be found here: http://www.borthmaritimehistory.com/

When he retired from the sea, he bought a farm south of Abergavenny and spent the next thirty years as a Market Gardener. He lived until he was 91 and is still remembered by my mother who was four years old when he died. This is a picture of them together: 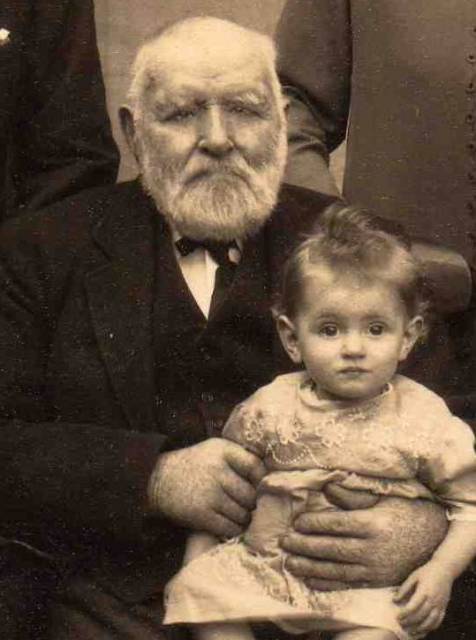 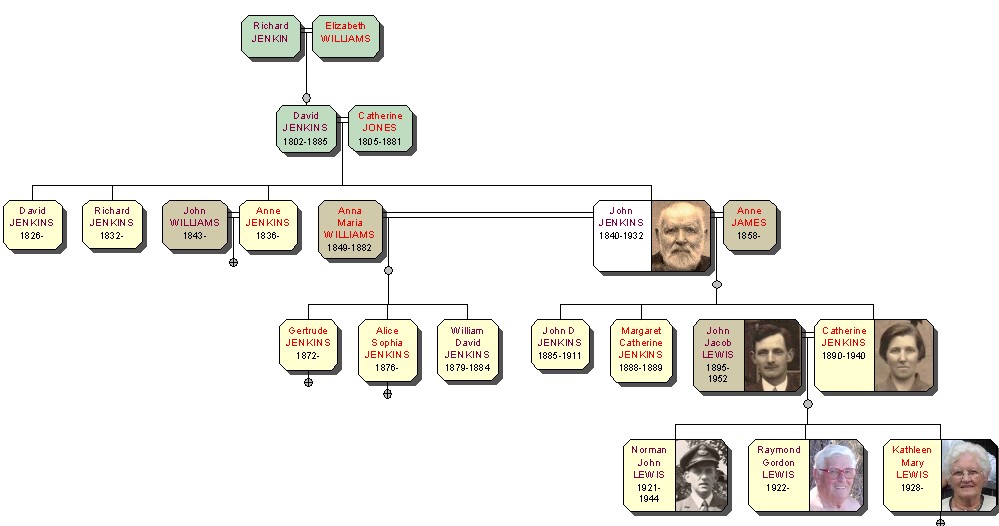 John was married twice and had seven children, two of whom died very young and one of whom died in his mid 20s.

John's second wife Anne came from a farming background, her father Morgan James owned Ruel Isaf farm inland from Borth, near Bow Street. Anne's brother and sister bought a farm near to John Jenkins when he moved to Llanellen, south of Abergavenny. The two families stayed very close over the following years. 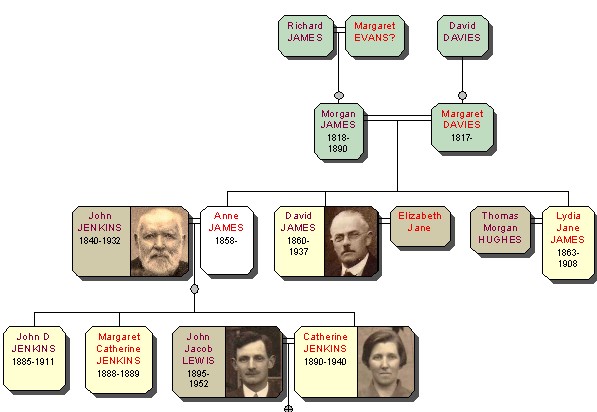